Around the time we had our 2nd daughter, I dabbled in stock trading rather than investing.

I had done my homework and felt like I had a good grasp on the methods but never managed to make money with trading.

Although there are ways to make money with trading, I wasn’t realistically in a position to do so at that point in my life.

After wasting enough time (and money) thinking I would trade my way to riches, I decided to get real with myself and start investing again.

Investing instead of trading is something I preach to people who are just getting started or think the grass is greener on the trading side of the markets.

And since I’ve been an investing student for several years, I’ve read about many strategies.

Although, I didn’t have a solid strategy coming out of my trading dreams other than getting my money into something that wasn’t trading.

So what did I invest in?

While I was trading, I used an individual non-registered account with Questrade.

After deciding to get real in December 2019, I moved $3000 from my non-registered account into my TFSA.

I probably read about dividend investing most recently, so I decided to park my money in a dividend-focused ETF.

I also wanted to take advantage of the free ETF purchases that Questrade offered, and at the time, I had planned to contribute more regularly and purchase small amounts of shares with each contribution.

Along Came a Coronavirus

While January was a typical (boring) ETF investor’s month without much action, I’m sure you remember what happened in February.

The S+P dropped 30% in a month, and many people lost their jobs. Thankfully, I only suffered a reduced salary.

But as the stock market came crashing down, the value investor in me got excited.

I transferred every bit of money I could spare into my TFSA and started looking for deals.

And what did I find?

While I didn’t have much money available in February, I got my tax refund in March and threw that right into my TFSA.

Oil prices were plummeting as the world entered lockdowns and implemented travel bans. This led to a nosedive in the stock prices of energy companies.

I’ve been in the energy construction industry my entire working life, and I felt strongly that the companies below weren’t going to go belly up right away.

Even if they did, I bought at such a low price that I felt I had good enough chances to get my money back upon liquidation.

For Birchcliff, I took a page out of Peter Lynch’s book “One Up On Wall Street” and invested in what I knew.

At the time, I was working for a company that worked for Birchcliff, and I knew they had just completed a large project that would boost sales by the next earnings call.

Continuing my quest for epic value deals, I thought Husky Energy could be a sound choice as they have diversified business lines. By that, I mean they not only produce energy onshore and offshore, but they also sell directly to consumers via pumps and convenience stores.

They also had a dividend with a yield that was too good to pass up.

Which, I’ve learned since then that if it’s too good to be true, it probably is. Husky ended up cutting their dividend like most energy companies did when they went into survival mode.

However, I invested in Husky primarily because of the similar valuation I experienced with Birchcliff – I was getting a hell of a deal.

Now Seven Generations started as what might have been a dumb move.

My boss heard a rumour that Seven Generations’ CEO would be buying back a ton of their stock. This could be a reason to invest ‘cause if the CEO thinks the price might go up, he would undoubtedly know before I would.

The usual advice to ignore stock tips is because you might get excited and just buy or sell without doing any research.

But, if you use the “tip” as a place to start research and ignore it otherwise, you could end up with a sound investment you would have never thought to look at in the first place.

Let me rephrase that: Always do your own research. A stock tip is just a place to start, not a reason to buy or sell in itself.

So, after conducting my research, I found yet another deal in an industry that was taking a temporary beatdown.

And how did these holdings do (and what’d they do to me)?

The Emotions of Stock Trading

Now, I want to clarify that these value plays were also part gamble as the only basis for investment was their price/book ratio was 0.1.

All that means is I bought the companies at 10 cents for every dollar they were worth. So, I was okay if they liquidated ‘cause there was a good chance I was going to get (at least) my money back.

But, that doesn’t mean that this was a stress-free period.

I remember my adrenaline when waiting for my limit orders to fill.

I chose prices that would give me a round lot of shares while using up as much cash as possible – I wanted to be all in. Which I pretty much got.

Also after those trades settled, I found out I’d only have a week left of work before being laid off until further notice. Now luckily, that lay-off was retracted, but it still scared the crap outta me.

I mean, I just dumped my savings into energy stocks and then almost lost my job tied to the energy industry.

It was a little scary, but it was nothing compared to what happened next…

How My Portfolio Tripled

Flash forward to March 2021, and my account had now doubled and was still making gains every week.

I couldn’t believe it. At this rate, I’ll have 10 baggered my account in 2 years!

Oil was holding above $70, and everyone around me was talking about how it was going to be a $100 oil winter.

And that’s what terrified me.

As cliche as it sounds, I was greedy when others were fearful. And now that others were starting to feel greedy, I was beginning to get scared.

And on the 13th, I sold everything off.

You might say I panicked, but the truth is I was panicking long before July.

While it was fun to project my profits into the future and dream about retiring early, my 10+ years of studying investing told me that wasn’t going to happen.

When stocks are selling for 1/10 of their value, it’s easy to feel confident that they will go up. But when they’re selling for 2x their worth, it’s not so easy to imagine them growing another 250% from where they’re currently at.

I knew the easy money was gone, and it was time to consider myself lucky and get out.

So what do I do now?

Why I No Longer Care What The Market Does

One of my favourite strategies, coined by Dan Bortolotti as the Couch Potato, involves investing in the entire market through indexes.

This way, however the market performs, is how your portfolio performs.

While you might not capture some of the exceptional returns of value plays, you also don’t need to worry about if one of those ends up a dud.

You can literally ignore the market.

And after dealing with the rollercoaster of emotions with my energy stocks, I’ve realized a careless approach to investing is what’s best for me.

There are other benefits to index investing, some of which I could have benefited from during the last year and a half.

For example, an investing faux pas is to only invest in one industry or country, which both rules I obviously broke. My portfolio was 100% Canadian energy stocks.

Index investing spreads your investments over an entire index, which’ll usually contain most, if not all, industry segments. Buy a different index in a couple of countries, and boom, you’ve got diversification across multiple industries and countries.

But what I love most about index investing is, as I make regular contributions, I never have to research what I’m going to buy that month.

I have my target weightings for the four funds I use, and each monthly contribution just buys whatever is lacking in weight.

My investments are on auto-pilot, and my free time is mine.

All the time I would have spent on stock research is now spent on things I enjoy, like playing with my kids or writing to you.

So now I invest without thinking and worry-free.

And I like to think the next crash, all I’ll do is buy up as many shares of my ETFs as I can afford.

Oh, and obviously dump all my savings into them too.

What Did You Do?

How did your investments do during the Covid crash? Did you panic, get excited, or just carry on and ignore the market?

Do you think you’d be better off with an ETF strategy?

Let me know in the comments below. 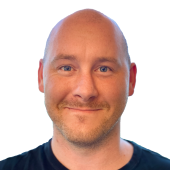 Meet John, Jane and Jimmy (or Which ETFs should I Buy?)